Herniated discs is also referred to as pinching nerve or a bulging disc. All these terms are interchangeable, in fact when people say that they are suffering from a ruptured or slipped disc, they are describing herniated discs.

Herniated disc is a common spinal disorder that happens in the lower back and neck or cervical region and is a source of discomfort as well as back pain and neck pain.

A herniated disc ruptures when the inner soft core of the disc (center nucleus) starts pressing or pushing through the outer edge of the disc which in turn puts pressure on the nerve as well as spinal canal.

The nerves present in the spine are very sensitive to pressure that is put on them this is why even the slightest pressure or compression may result in back pain, muscular weakness as well as numbness and weakness in one or both legs.

Usually doctors prefer to treat herniated disc with conservative treatment option. However, in some cases these treatment options fail to provide any respite to the symptoms of the patient. This is where surgery is recommended.

With technology advancing each day, doctors now prefer minimally invasive back operation instead of traditional surgeries. A successful herniated disc surgery will help with spinal instability by providing it the stabilization that is required.

Why Minimally Invasive Surgery is Successful 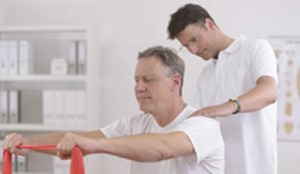 There are a lot of advantages of minimally invasive back operations and their success rates is also higher than traditional open surgery. The reasons why these surgeries are successful include: