Also, one must not forget that surgery is only considered as an option when non-surgical options fail to provide any relief to the patient.

Decompression is the spinal surgery that is performed to address the above mentioned problems as well as to help the patient get relief from his thoracic back pain that is most often caused by spinal cord or nerve root compression.

Earlier, decompression procedure was usually performed in a laminectomy where the spine was reached using the posterior approach. However, the result of this type of surgery was not that satisfactory so now the approaches have changes. Recent approaches for thoracic herniated disc surgery include: 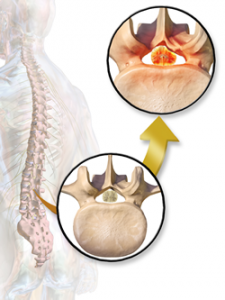 The main aim of the procedure is to remove the compression or pressure on the nerve root or the spinal cord. In a anterior thoracotomy approach, the spine is approached through the chest cavity. This procedure is usually done using VATS (Video assisted thoracic surgery) which is a minimally invasive procedure. Costotransversectomy is done for a lateral herniated disc and here the spine is approached from behind as well as the side.

A research that was done on 19 patients who underwent trans-thoracic decompression or a costotransversectomy for thoracic pain that was caused by thoracic herniated disc showed results that stated: